Experienced Business Consultants You Can Trust! 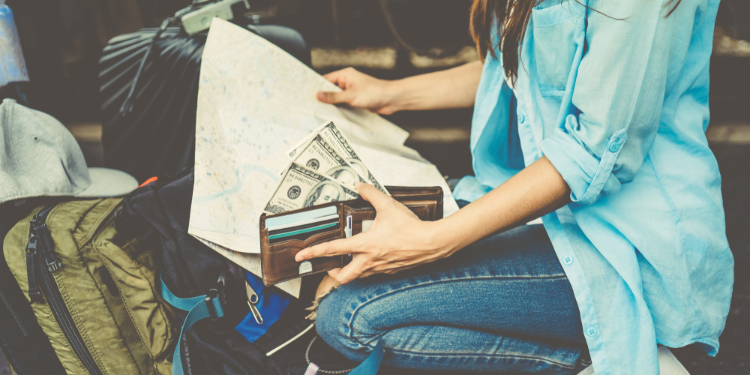 If you’re looking to move abroad, but you don’t have the budget, don’t panic. Some countries do offer the possibility of enjoying an excellent quality of life along with a low cost of living. So here are some tips for living overseas for cheap from Jerry Nelson, a US expat blogger living in Argentina.

My housekeeper has her own chauffeur. Really. He brings her by the condo once a week and lingers in the automobile while she spends several hours tidying up the mayhem, which has taken me a week to create.

I’ve offered and encouraged her driver to come inside and join me on the mezzanine for matè (a traditional South American infusion), but he chooses to wait in the car.

Regardless of his reason for ‘social distancing’, when was the last time you heard, in America, of a maid having her own driver? My hunch is you never have.

Having a housekeeper who has her own chauffeur isn’t a sign of my being rich. It’s a gauge of life which is available once the twisted chains to America are separated.

The prices are decent. More than reasonable, really.

A gallon of milk? $1. A litre of soda? Eighty-cents. How about a breakfast of four empanadas, coffee and a medialuna (croissant)? $2.58.

A nice steak dinner is lomo — the Argentine version of ribeye — baked potato, salad and dessert—$ 7.75.

What about travel costs? A person can fly from Buenos Aires to Washington DC for less time and money than it takes someone to journey from Washington DC to Los Angeles to see their parents and crazy Uncle Henry.

Travel overseas enough, and you’ll see something in the Americans you meet. Most of the people I know in the states are handcuffed to repetitive tasks, uncertain relationships or uneducated about the world beyond the horizon.

The expats I’ve met have visited almost 150 nations and rarely show evidence of boredom, worry, or regret. Almost all seem to be the personification of what an Australian man told to be on a dirt road in the Outback. “Don’t spend time, enjoy it!”

Americans’ poverty line stands just a tad over $12,000 a year — for a single adult with no kids. $12K won’t get you far in Oakland, but it will get you a full year of awe in one of these three nations. In each of these $1,000 a month covers housing, food, and access to exploits which Americans can hardly imagine.

Bolivia
Everything is super-cheap in South America’s least-visited country. A room in a five-star hotel runs $5 a night, and they will let you take a (leashed) alpaca for a ramble at no cost.

Landlocked behind Peru and Chile, Bolivia is an even greater bargain than backpacking sanctuaries like Cambodia.

Bolivia has the largest Native American culture in South America, and they practically created the frugal experience such as Cholita. In Cholita wrestling, the Bolivian counterpart to America’s WWE, women battle it out for your entertainment. The cost to watch a match is about five-cents.

Bolivian natives never look to be in a rush. They manage to maintain links to their 3,000-year-old ancestors. In the past 185 years, they’ve had almost 200 heads of state. They’re not in a big hurry to put the past behind them.

Mountain biking on the treacherous road leading from Coroico to La Paz is a blur of microclimates which tosses mud in your face. Given the nickname, “death road,” the highway was dug into the side of a mountain in the 1930s and connects the Amazonian rainforest to La Paz.

Georgia
No. Not Atlanta. The former Soviet republic which gives ‘cheap’ a new meaning. Tbilisi, the capital, overflows with cafes and wine bars. A nice bottle goes for $5 and a hotel room for $8 at Fabrika, a former Soviet-era garment factory since converted into a dazzling hotel and community centre.

Most expats shell out $150 a month for a nice apartment. But don’t talk politics. It’s better to debate white versus red in the wine-crazed nation.

Grenada
This West Indies paradise has plenty of exotic beaches to nice places to relax. Welcome to the Caribbean. Going local means navigating retirement in style and luxury. Get into the national dish made with coconut milk oil residue and enjoy the one-pot stew of breadfruit, callaloo, okra, cabbage, fish, dumplings, turmeric — and anything else on hand.

Late at night, cars blare music and parties. The distant calypso music fills the barbecued night air and therein lies your cue to follow the music of steel drums. To see it all and do everything, plan on spending about $20.

The takeaway
From Sean Connery to Daniel Craig, each James Bond has lived, worked and played in the world’s top-shelf vacation spots. Part of the reason is no one wants to believe that a world-class spy would work anywhere other than world-class regions. James Bond in Cheboygan doesn’t have the same flair.

But I believe that Bond couldn’t afford to live his lifestyle in America, so he goes overseas where life is cheaper and living well is less expensive.